On Our Way to the BEA!

This will be the first year we are exhibiting. Booth 2142 - somebody play that number! It's been hectic, but I think we will get through. We will be introducing our initial catalog for 2009 - four books.

We will be blogging, twittering (!?), and video interviewing all weekend. Check us out daily for fresh news.

Here's hoping this weekend in New York is fun and productive.
Posted by dweiums at 3:56 PM Links to this post 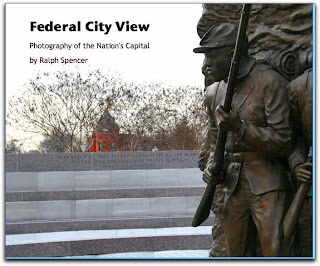 
Before "Chocolate City" there was "Federal City" — destination of
freedman, aid station for Union soldiers, and mecca for dreamers.
Article One of the United States Constitution provides for a federal
district, distinct from the states, to serve as the permanent national capital.

The centers of all three branches of the federal government of the United
States are located in the District, as are many of the nation’s monuments
and museums. The United States Congress has supreme authority over
Washington, D.C.; residents of the city therefore have less self-governance
than residents of the states.

The District has a non-voting at-large Congressional
delegate, but no senators. D.C. residents could not vote in presidential
elections until 1961. D.C. has always had a significant African American
population and this is reflected in the architecture and scenery of the city.
Posted by dweiums at 9:36 AM Links to this post

Bowker released their 2008 U.S. book publishing statistics today and it showed that short run printing and "On Demand" or POD have increased while traditional book publishing has declined.

On Demand books showed a 132% increase over last year's numbers, while traditional publishing decreased by 3.2%.

"Our statistics for 2008 benchmark an historic development in the U.S. book publishing industry as we crossed a point last year in which On Demand and short-run books exceeded the number of traditional books entering the marketplace,"

According to Gallagher, the Bowker data reveals the top five categories for U.S. book production in 2008 were:

Read the full story on the What They Think website.
Posted by dweiums at 7:40 PM Links to this post

Quick Book Ideas - Let Your Fans Do It

David Pogue, New York Times columnist and publisher of the Missing Manual series is creating his next book by compiling the responses to his Twitter entries by his 200,000+ followers.

The World According to Twitter will contain the best responses to questions that he poses over a period of several weeks. His website calls it

". . .a charming, irresistible, extremely hilarious little book, a book that couldn’t be written in any other way."

Here's the real kicker - if he publishs one of your tweets, he will send the tweeter a free, personally inscribed copy of the book. He will also credit responses in the book, using the tweeter's Twitter name.
Posted by dweiums at 6:09 AM Links to this post

From the Typewriter to the Bookstore: A Publishing Story is the MacMillan Digital Marketing Groups amusing take on the industry.

Posted by dweiums at 5:43 AM Links to this post 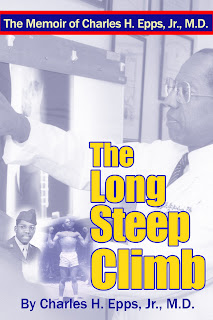 These are words often used to describe Dr. Charles Harry Epps – a prominent orthopedic surgeon, professor, administrator, and board member. However, the road to these achievements was anything but simple.
Growing up in a time that marginalized even the best citizens that may have looked like him, Charles Epps made his way and paved the way for many others to obtain the American Dream.

Follow this intriguing story as he faces battles he could never have foretold to reach his dream of becoming a surgeon. Once he made this goal, the trials that could make the ‘less motivated’ give up did not stop. Life had much more in store for Charlie.

His challenges only made him more determined and lucky for us, he has chosen to share his journey as an educator, physician, and valued mentor and colleague. This memoir will show a side of the man that many never knew existed.

Dr. Charles H. Epps is the recipient of the Marymount University Annual Ethics award, author of African American Medical Pioneers (1994) and editor of several textbooks, former president of the American Academy of Orthopedic Surgeons and Dean of the Howard University College of Medicine.

The Long Steep Climb, the memoir of Dr. Charles H. Epps will be published by 22nd Century Press. A special preview will be at 22nd Century Press' booth at the BEA (Book Expo America) in NYC May 28 - 31, 2009.
Posted by dweiums at 5:55 PM Links to this post

22nd Century Press publishes multicultural literature & non-fiction emphasizing creative diversity. We look for innovative writers and have a special interest in speculative fiction. We publish books in the traditional model (approx. 6 books per year). Please do not send manuscripts before reviewing guidelines. Click here to view the type of manuscripts we are considering: Manuscript Submittal Information

Promote Your Page Too